Wi-Fi 6E is the next biggest revolution in Wi-Fi and is set to dramatically alter our experience with wireless networks. Many manufacturers either have WiFi 6E devices available or will be releasing them very shortly.

With the enforced lockdowns over the past 18 months or so Internet and Wi-Fi usage surged by 80 percent over the previous 12 months and Deloitte’s Advanced Wireless Survey 2021 revealed 84 percent of respondents believe advanced wireless networking will transform Australian companies within the next year.

Wi-Fi 6, also known as 802.11ax, took the world by storm in 2020 offering increased wireless connectivity, performance and bandwidth at higher speed, flexibility and scalability. Today, Australia is preparing to roll out the next ground-breaking enhancement to the wireless standard, Wi-Fi 6E.

Recognised as the largest expansion of Wi-Fi capacity in over a decade, Wi-Fi 6E finally gets new spectrum to utilise in the 6GHz band, providing faster, resilient and more secure connectivity.

The Wi-Fi 6E strengthens benefits and features from the existing Wi-Fi 6 standard and extends it to the 6GHz band to provide more contiguous spectrum, wider channels and less interference than previous generation. Benefits include Orthogonal Frequency-Division Multiple Access (OFDMA), Bi-Directional MU-MIMO, BSS Colouring and the ability to support use cases that demand multi-gigabit speeds.

A closer look at Wi-Fi 6E

Already adopted in the US, UK and parts of Europe, Wi-Fi 6E will offer Australia all the cutting-edge features and high network performance of Wi-Fi 6 on the 6GHz band, backed by government approved regulations. The opening of 1200MHz spectrum in the 6GHz band will allow for higher throughput and improved application performance, and up to seven 160 MHz channels will support increased bandwidth and removing slowdowns caused by legacy devices. 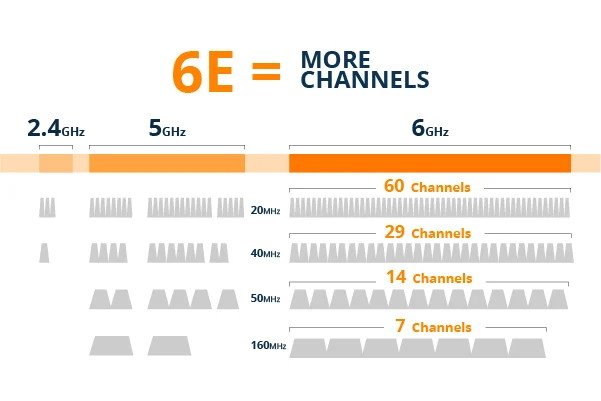 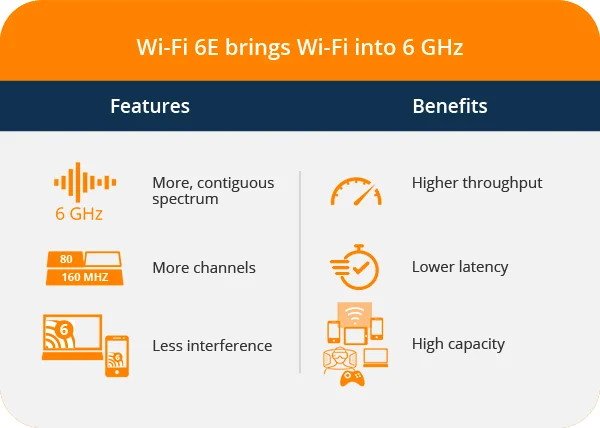 As with all Wi-Fi solutions, it needs to be designed correctly to minimise interference from objects and materials in the environment. ICS Technologies can perform site surveys and create heat maps.

For WiFi 6E devices and other networking hardware, contact us through the web site or call on 1300799115.

Cambium Networks is pleased to announce the Cambium XE3-4 for Wi-Fi, Wi-Fi 6, and Wi-Fi 6E networks. This is an…