The tale of the messy IT cupboard

We had been looking after the phone system for this customer for a number of years with their IT looked after by another company. The customer asked for a suggestion of a different company as they did not feel they were being well looked after since although they were paying a fairly steep price they were still experiencing a number of problems. We work with several IT companies for the software configuration side of things so we recommended one and the transition has gone very smoothly.

One of the first steps was to tidy and update up their messy IT cupboard as it was a tangled mess. Not as bad as the one featured but still a mess. Obviously this was a Saturday job as it would involve the interruption of Internet and therefore phone lines too. Below is what we started with… 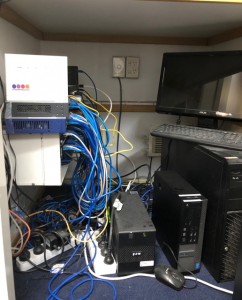 Everything needed to be stripped out so we could really see what we had to work with. This resulted in a very clear space and a big mess nearby. Of the 2 patch panels, the B strip had a decent amount of slack and could be mounted up the top as we would normally do but the A strip was quite tight and was only just able to be mounted close to where the cables came out of the wall.

The existing switches were old consumer grade Netgear and TP Link. Power was haphazard with things like the 4G backup not being plugged into battery backup. The Windows SBS server had been left when it was supposed to be removed and was still providing DHCP to the network. We discovered earlier that it was still providing that function during a storm when the office lost power. It was not on the battery backup either and was not set to come back on when power was restored. There is also a Sophos XG125 security appliance that is not licensed in any way and runs through an aggregator to handle the NBN and 4G failover.

The two old switches were replaced with a single 48 port Ubiquiti with PoE on most of the ports for future proofing. The ancient TP-Link 802.11g router that was being used for the Wi-Fi and was lucky to get 20Mbps of throughput was replaced with Ubiquiti in-wall AP’s on both sides of the office.

It’s always a good idea to go on the large side with the cabinet because there is nothing worse than struggling to fit things in. At the moment availability of cabinets is an issue and there wasn’t much difference in price between a 12U and the 18U we used. With the size of the box the customer was concerned that it would not fit. Measure twice and cut once… The timber edge on the shelf makes it look tighter than it is.

After building the new cabinet and sliding everything in the customer ended up with this. 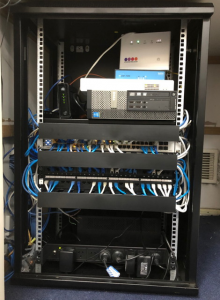 It’s still somewhat of a compromise due to where the patch panels had to be placed and because their cables had to come in the side rather than the back but much better than before.  The 4G gateway, aggregator and Sophos will later be replaced with a Unifi USG.

If you have a messy IT cupboard, why not let us come and overhaul it for you. Your network will run more efficiently and be easier to troubleshoot. Contact us through the website or call us on 1300 799 115. 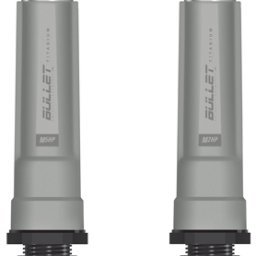 Surely you don’t want to unroll and roll up a 50 metre network cable? One of our mining customers came… 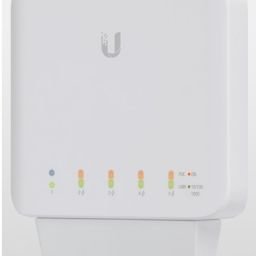 Build and expand your network with the UniFi USW-Flex. The USW-Flex is a configurable Layer 2 Gigabit switch with auto-sensing… 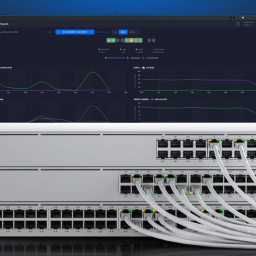 Ubiquiti have announce the Unifi Switch Gen 2 which have been redesigned and offer a number of important enhancements: They… 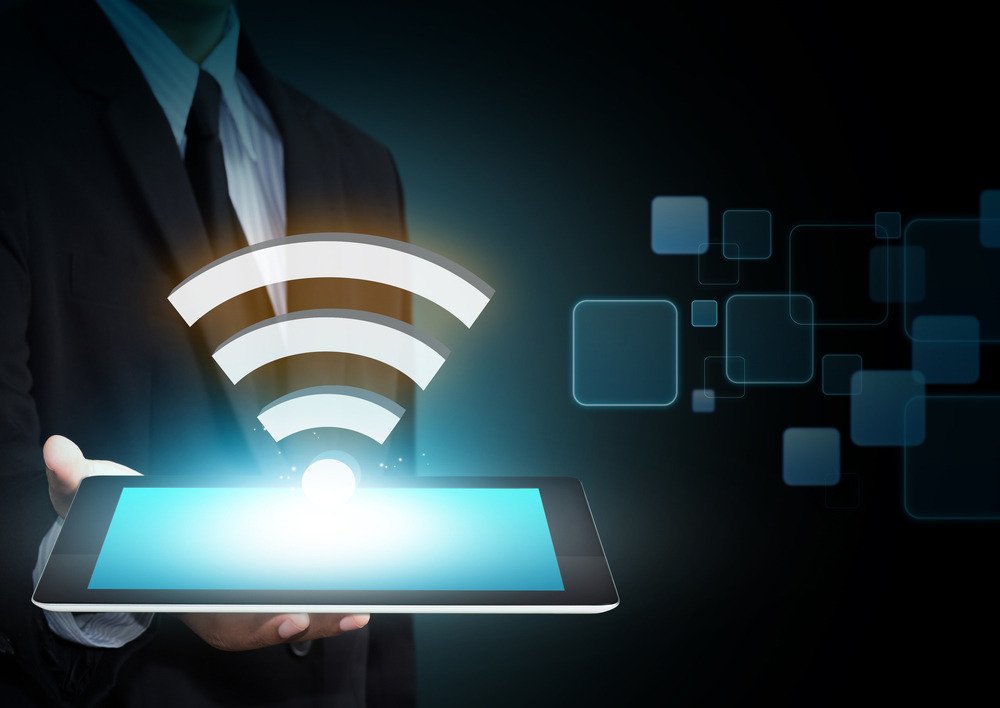 How can I improve my WiFi performance?

Regardless of the technology available, WiFi will always have inferior performance to a wired connection simply because it is shared…